Pearl in the round 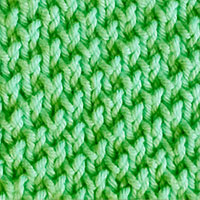 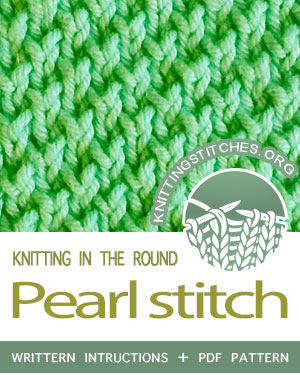 How to knit
SL1 Yof: With working yarn in front, slip the next stitch purlwise, then bring the yarn over the needle (and over the slipped stitch) then back to the front and under the needle in position to purl the following stitch.
BRK1: Knit the stitch that was slipped in the previous row together with its yarn over. Because the yarn over wasn't counted as a separate stitch on the previous row, no real decrease is made.